I attempted to create an SVG file suitable for my test blog at bazbt3.github.io (or here if you’re reading it as a test!)

I’ve had partial success, but only in producing an image in the footer that links to my App.net (ADN) profile. (It’s why I started this.)

Rather than attempting a search I asked a question:

Bit of a longshot, this. Do any of you have an SVG version of the ADN icon, pastable into an (s)CSS file? Here’s an example of what I see for an RSS icon in a test I’ve been fiddling with, a text screenshot first: 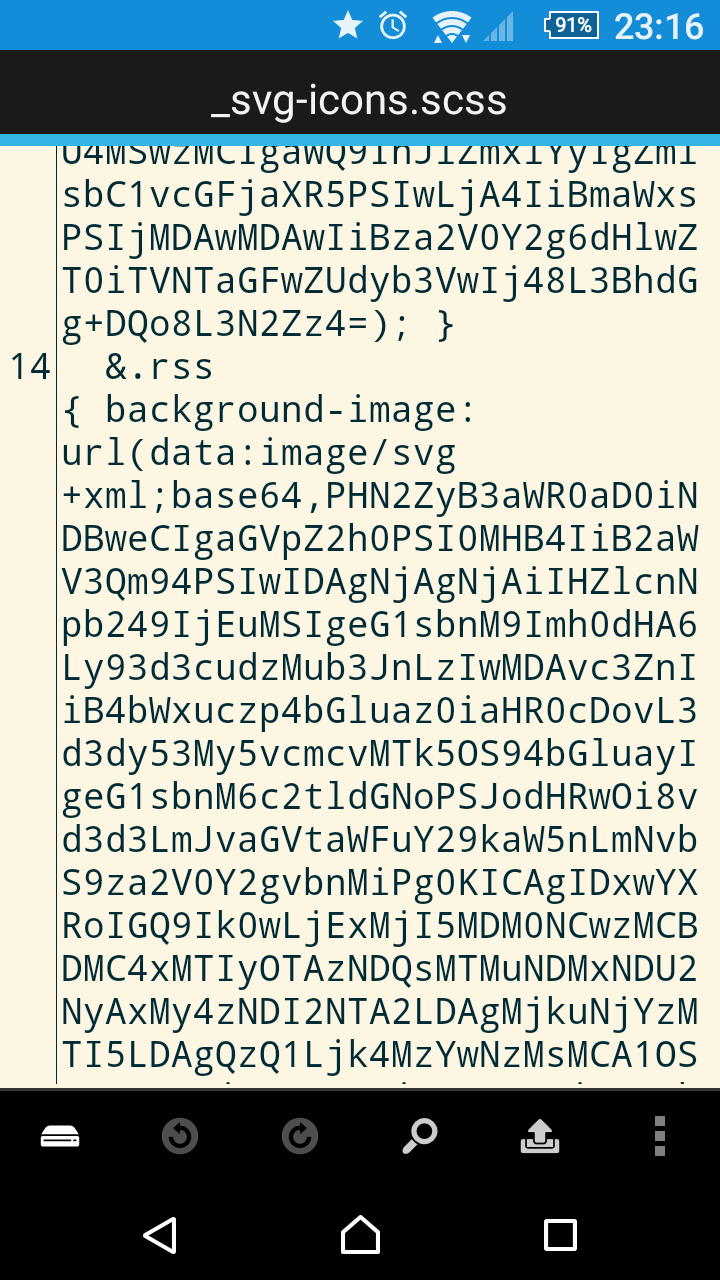 An answer came quickly (thanks Barbara!):

@logista: @bazbt3 I don’t have one, but I found this one [simpleicons.org]

Unfortunately, it’s not in the same format as the rest in the file. No matter, I’ll search, an online converter won’t be hard to find, all I need is to get a smallish file, a file with a header looking a bit like…

In not-quite-desperation I eventually settled on one that produces a base64 jpeg instead of the SVG. One which obviously overfills the container it’s supposed to fit in.